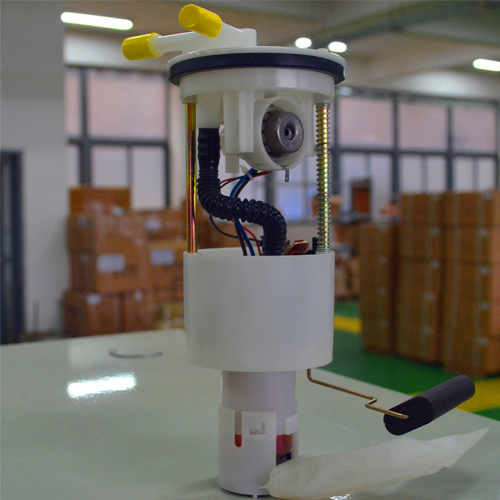 Therefore, the auto repair shop is responsible for maintenance, repair, and activation of new batteries. The generator is the main power source of the automobile electrical system. It supplies power to all electrical equipment except the starter and charges the battery to supplement the electrical energy consumed by the battery during normal operation. The generators used in automobiles include DC generators and AC generators. The DC generator is rectified by mechanical commutator, and the AC generator is rectified by silicon diode, so it is also called silicon rectifier generator. Automotive electrical appliances are designed in accordance with a certain DC voltage, gasoline engines usually use 12V, and diesel engines usually use 24V. In a car, the generator is not only the power source for electrical appliances, but also the charging device for the battery. In order to meet the requirements of electrical appliances and batteries, there are also certain restrictions on the power supply voltage and current range of the generator. The regulator matched by the DC generator is generally composed of three parts: voltage regulator, current limiter, and cut-off relay. The alternator regulator can be greatly simplified. Because the silicon diode has the characteristic of unidirectional conduction, when the generator voltage is higher than the battery kinetic potential, the diode has the effect of preventing the reverse current, so the alternator no longer needs a blocking relay. Since the alternator has the ability to limit the output current, a current limiter is no longer needed. But its voltage still changes with the speed change, so in order to get a constant DC voltage, a voltage demodulator must be installed.